A cooperation between Gitte Jungersen and Flemming Tvede.
The series maps the stages between the form bearing clay and the fluid ceramic glaze.

Deform 1 is an experimental investigation into creating a sculptural expression on ceramic’s own premises, inasmuch as the forms are based on the actual chemical process which is set into motion when the clay is fired. Each object was based on the same geometrical ball shape, but during the firing they had been halted at various stages of a deformation process. By changing the temperature in the ceramic kiln, the clay had been pushed past the melting point. This meant that the shapes ranged from an intact ball shape to a molten lump. The static ideal form had , in other words, been transformed into an organic , fluid movement.

Exhibited at The Exhibition Room for New Ceramics, an artist run space, which existed from 1996-2000 in Copenhagen. 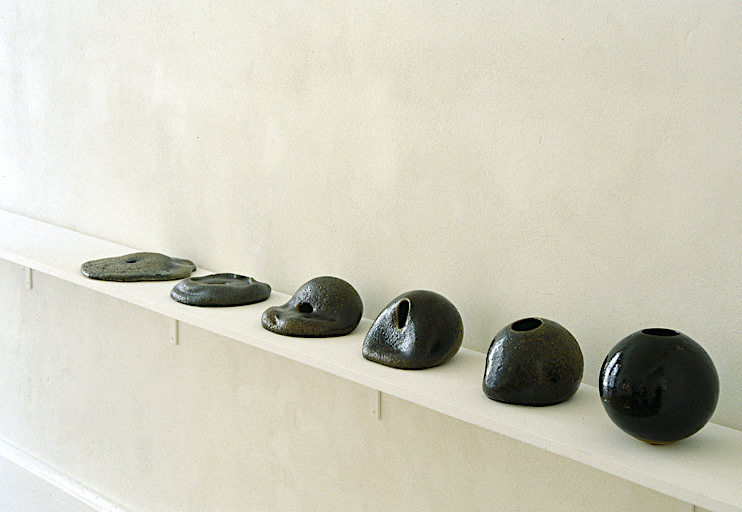 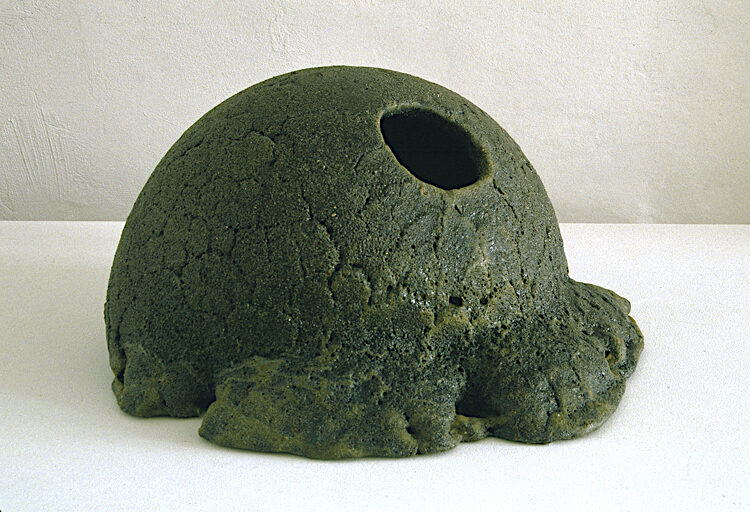